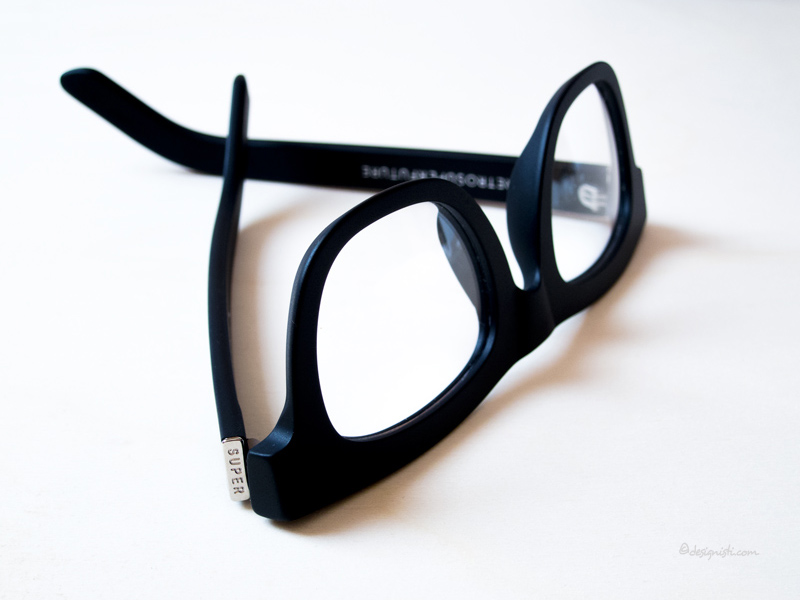 How could anyone assume that a brand called Retrosuperfuture is going to be so successful? For me, the name sounds more like a tongue breaker and I always have to think twice if retro comes before or after super. The market they are in is highly com-petitive and they had no fashion brand or whatsoever to use as a base for starting off.

But hey, they obviously had the feeling that there is a demand for glasses with no logos but funny colours within the street couture scene. So the founders (Daniel and Simon Beckermann) started the company with coloured models made out of Acetate, with a shape based on the 1950s Wayfarer Modell and it is said that they commenced that whole Nerd glasses fashion trend. This was in 2007.

Meanwhile A-list celebs from the music, fashion and entertainment business like Lady Gaga, Rihanna, Snoop, Jessica Alba, Alexa Chang and “you name it” (pls refer to the fb page, btw 104tsd. fans), have all been spotted with a SUPER™ on their little nose. Not to mention the collaborations with super stores like Lane Crawford (Asia) or the famous milan-based concept store 10 corso como by Carla Sozzani. So no doubt, they are mega-successful. And of course, needless to say, that I do not talk about anything I do not like and so with all due respect for the before-mentioned big VIP I would say hello, I’m a fan too.

Maybe they got me in the first place with this black & white packaging. And yes, maybe I have a little bit of a so-called black & white box addiction which could have been started with the first little case of that french couture house starting with a C with a super expensive powder inside I spent all my pocket money on. Ah, apropos prices, that’s also quite super about Super™, they are reasonably priced. And for all you roaring twenties fans,  the best is yet to come – within their VISIVA series SUPER™ they recently launched the new theme for Autumn 13 and it is: Metropolis, the legendary groundbreaking expressionism movie from the 1920s by Fritz Lang.

They will release a selection of pieces adorned with a precise selection of prints. Whether they be inside the frame, delicately placed on the front, or sharply decorating certain details. That’s so retro, Super™!

Ah, and of course Metropolis was all about the Future (first Sci-Fi-Movie of all time). 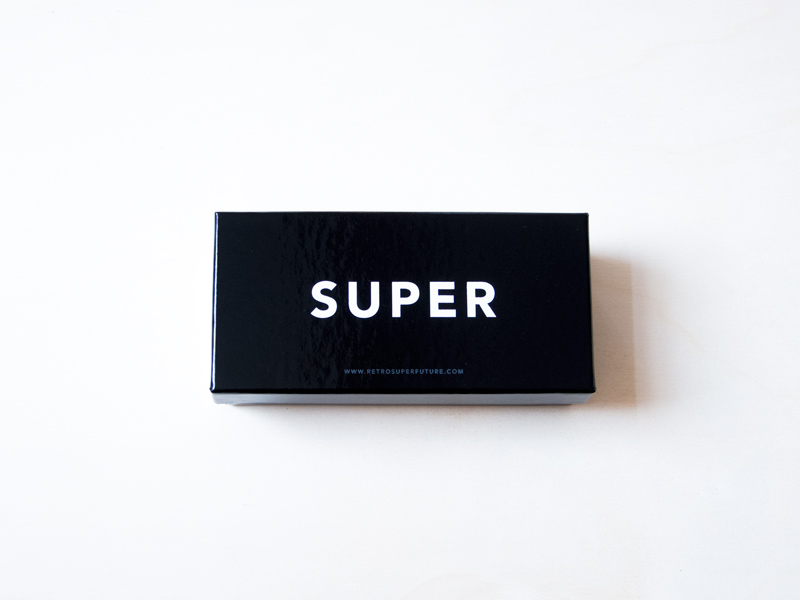 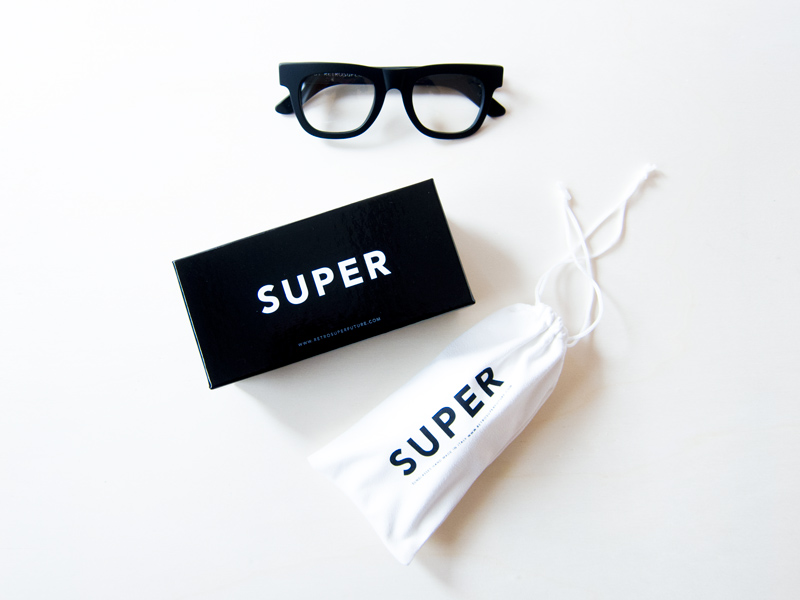 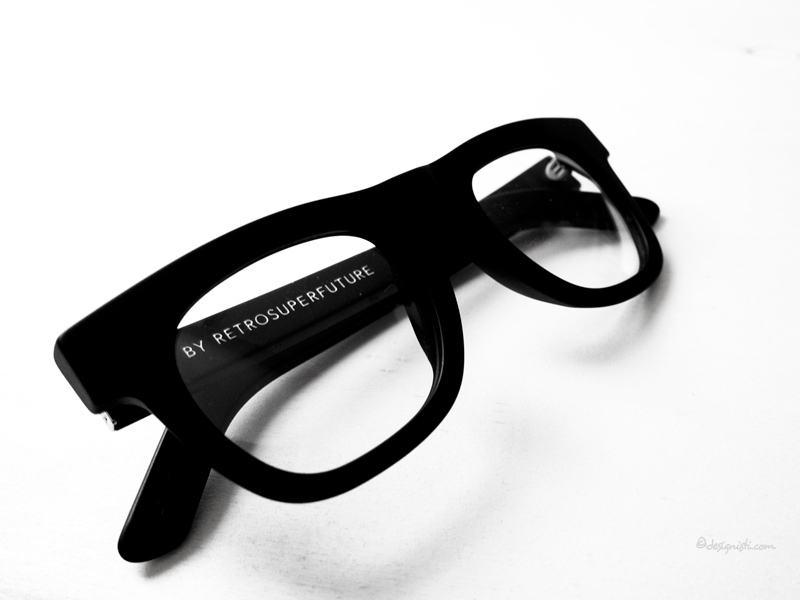 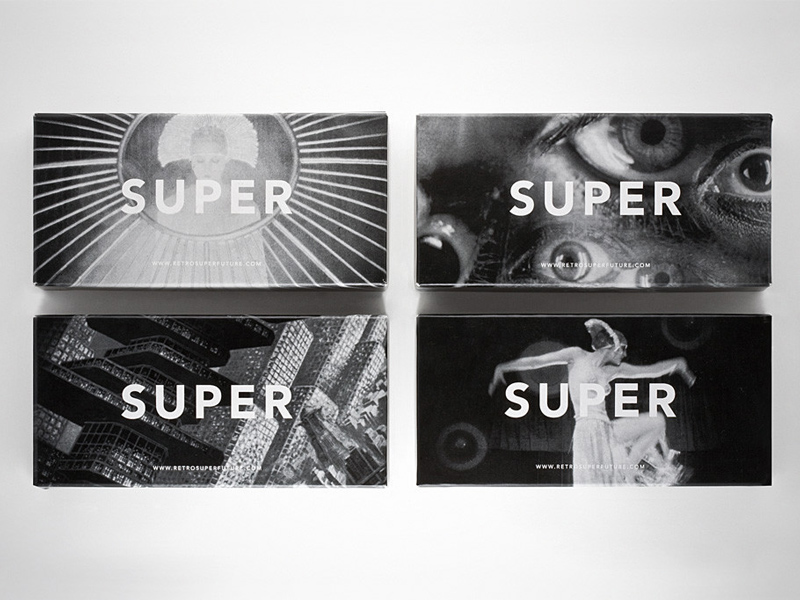 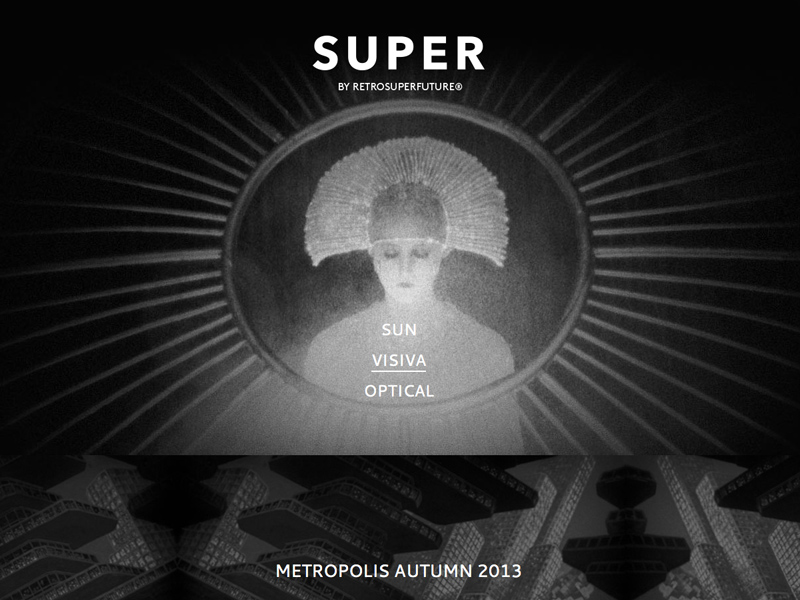