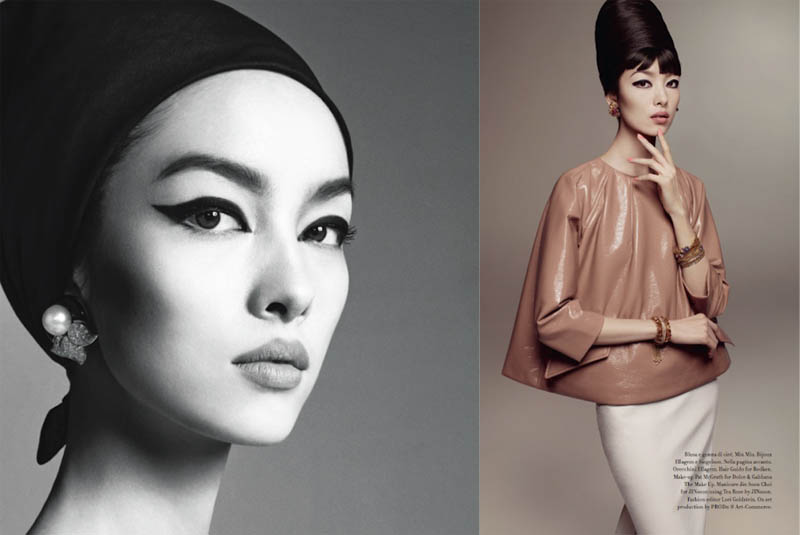 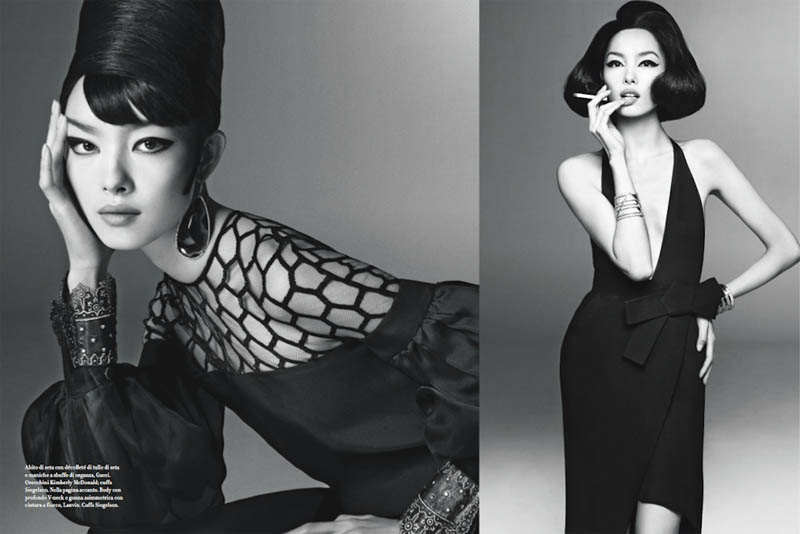 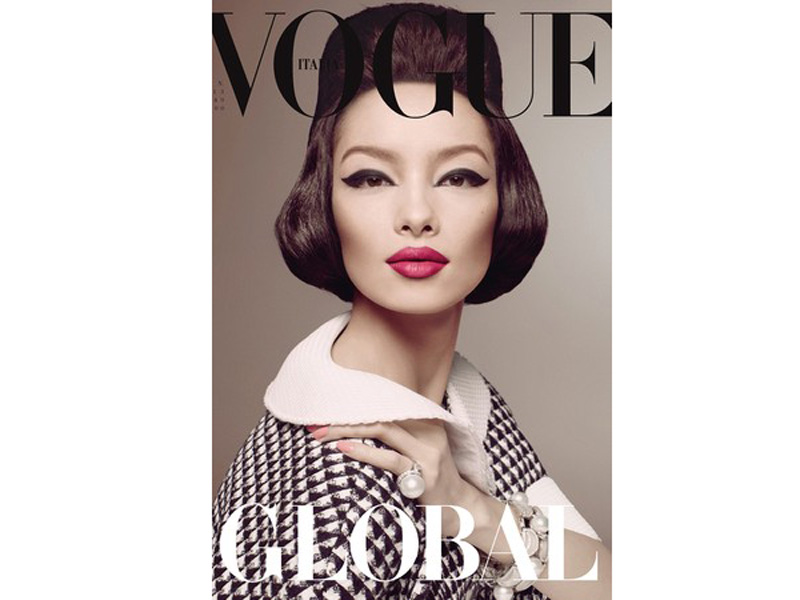 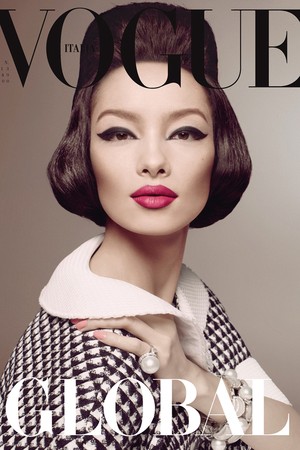 It was only a matter of time until the chinese beauty would conquer the covers of world leading western fashion magazines. The first one was Du Juan, which was on the title of french vogue in 2005, but she shared the cover with model Gemma Ward. Now Fei Fei Sun has written history being the first one on the cover of Vogue Italia. And her aesthethics are mind-blowing with her heavy 50ties eyeliner paired with these rose-pink lips. As she could have been a timeless beauty on a ultra-chic Vogue Cover of legendary Diana Vreeland. And it is also a clever move of italian Vogue Editor Franca Sozzani, already known as one of probably the most vocal supporter of Chinese fashion and fashion talents in the western world.